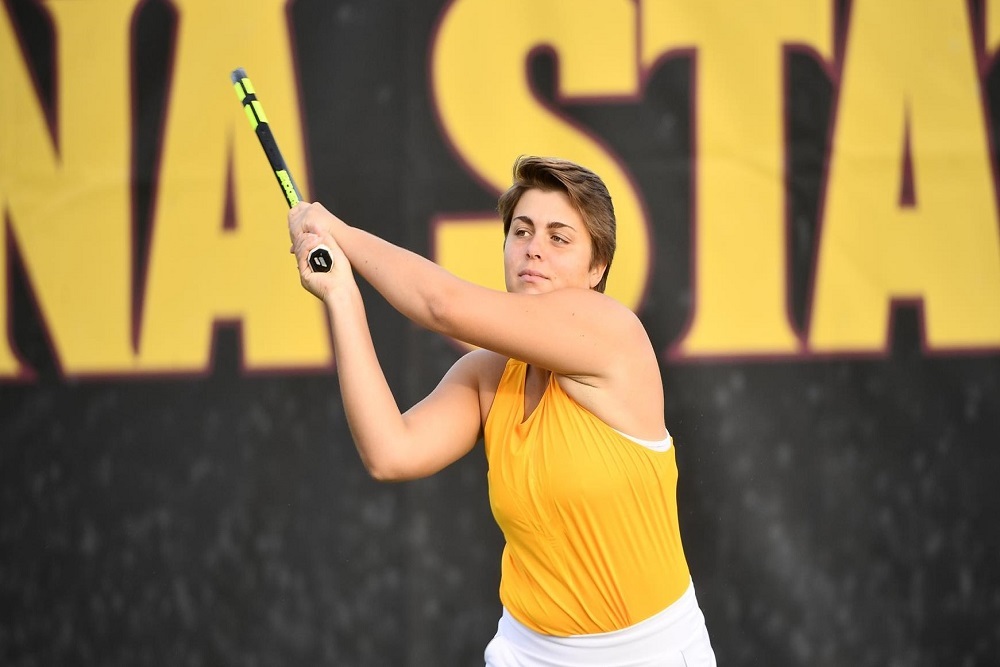 ASU wrapped up its first win of the season in just over an hour, taking a 4-0 lead on the Northern Colorado Bears before ultimately sweeping the visitors 7-0 to open the season.

"Whenever you switch to duals, everybody's kind of nervous," coach Sheila McInerney said. "It's just a different mindset when you're playing for a team, so you really have to lock in, in that first one and I think we did a good job of that today."

The Devils didn't take long to dispatch the Bears in doubles play as they clinched their first doubles point of the season in less than 30 minutes with wins on courts one and three.

Hattingh/Kolarova was the first pairing off the court as they took care of their opponents 6-0. The familiar duo of Alicea/Hampton clinched the point with a 6-1 win on court three, and Jankowski/Slaysman led 4-2 before match play ended.

Senior Sammi Hampton got off the courts first as she swept her opponent 6-0, 6-0, setting up what would become a trend for the Devils on Sunday.

Courts one and three got it done in doubles play to put the Devils up 1-0 heading into singles.

Although the match was played out, the Devils clinched the match early after wins on courts two, six and five, while the Lumberjacks grabbed a win on court one before stealing a second point to close the match on court four.

ASU will take its perfect record to Nashville, Tennessee, next weekend for the ITA Kickoff Weekend where they will open the regional tournament with a match against Northwestern Friday afternoon.

"The competition only goes up from here," McInerney said. "We played well today, but we'll need to keep improving and make some adjustments to get ready for indoor play to keep up the winning next weekend."