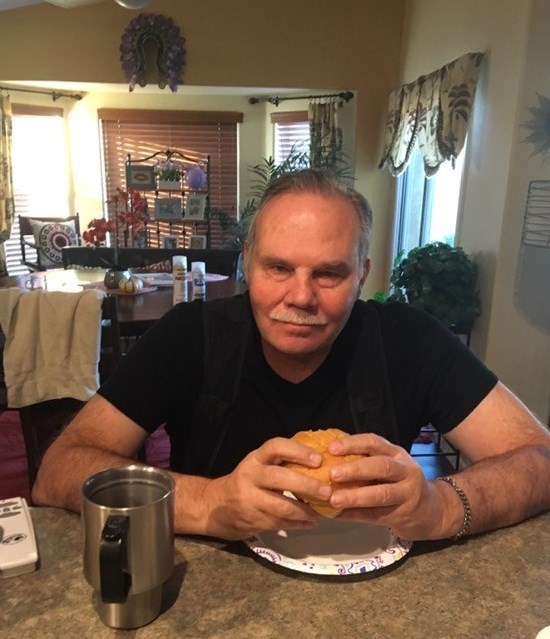 Robert “Bob” Gregg Patz Sr., went to be with the Lord on January 28, 2020, surrounded by family. He was diagnosed with Muscular Dystrophy in 1993, which eventually led to a weakened heart. He was given a new lease on life with the installation of his LVAD in July of 2015, which gave him the title of “Super Bionic Papa”. He fought a long, hard battle but his life ended at the age of 66 from a hemorrhagic stroke. Bob was born in Harvey, Illinois to Gene (deceased) and Dorothy Patz on January 27, 1954. He spent most of his childhood at the YMCA where he learned to dive and continued to share this passion with his kids on family vacations. Bob is survived by his loved wife Geraldine “Deni” Patz, his two children Robert “Bob” Gregg Patz Jr., married to Hilary Patz and Nicole Diane (Patz) De Witt married to William “Bill” De Witt, and his two beautiful granddaughters, Hailey De Witt, age 5 and Savannah De Witt, age 3. He is survived by his two sisters, Judy Aigner and Shari Rubin. Bob worked for Roadway Express as a spotter for 24 years. He enjoyed an early retirement due to medical reasons and moved from the Chicago suburbs to Surprise Arizona where he spend the rest of his life.

Bob loved the beautiful desert and mountain views. He loved spending time at the drag strip, especially the funny cars and rails. He would try to race others in his wheelchair at every chance he could get. Bob loved showing his 1981 DeLorean for fun and won many trophies for his car. Bob was an amazing Papa to his two granddaughters. He was often caught giving wheelchair rides to the girls, playing hide and seek, making scavenger hunts, doing crafts, and playing games. Bob was no ordinary Papa; he was a special gift to the girls. A visitation for Bob will be held at Surprise Funeral Care on February 2 at 1-3pm with services starting at 3pm.