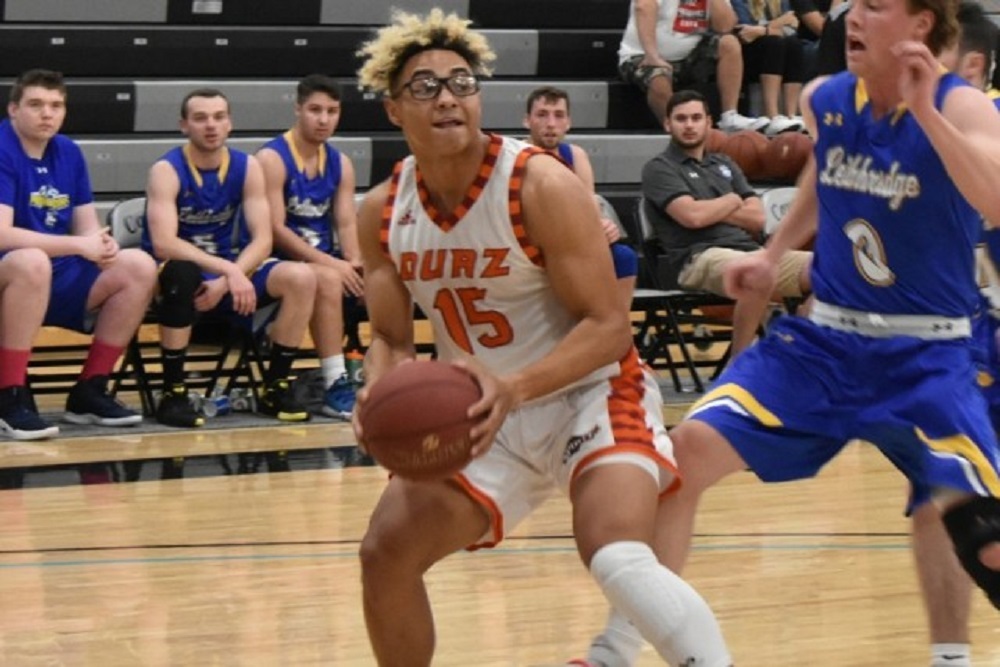 Dimetres Moore scored a school record 42 points on Monday to lead the OUAZ men's basketball team to a 104-75 win over Park Gilbert in non-conference action at Faith Arena.

Moore scored 34 of those points in the first half, including 18 of the team's first 22 points. He finished the game 17 of 17 shooting with five makes form beyond the arc and hitting 3 of 5 at the foul line.

OUAZ (9-14) shot 57.7 percent from the field – the fourth-best shooting night in program history – in part to scoring 54 points in the paint and getting 46 fast break points. They also hit of 11 of 26 from beyond the arc.

The Spirit also shared the ball with 26 assists on 41 made baskets. Those 26 assists are the second-most in team history.

Brian Carey distributed 14 of those assists to set a new school record. He also scored 25 points for his second double-double of the season. Elijah Simmons also posted a double-double with 15 points and 10 rebounds.

OUAZ held Park Gilbert (7-18) to 43.1 percent shooting and 6 of 23 from three. The Buccaneers turned it over 21 times which the Spirit turned into 29 points.

Eric Patten led the Buccaneers with 20 points and 21 rebounds.

The Spirit will now turn their attention to the final five games of the GSAC season. That run begins on Saturday at 7 p.m. when Arizona Christian visits Faith Arena.