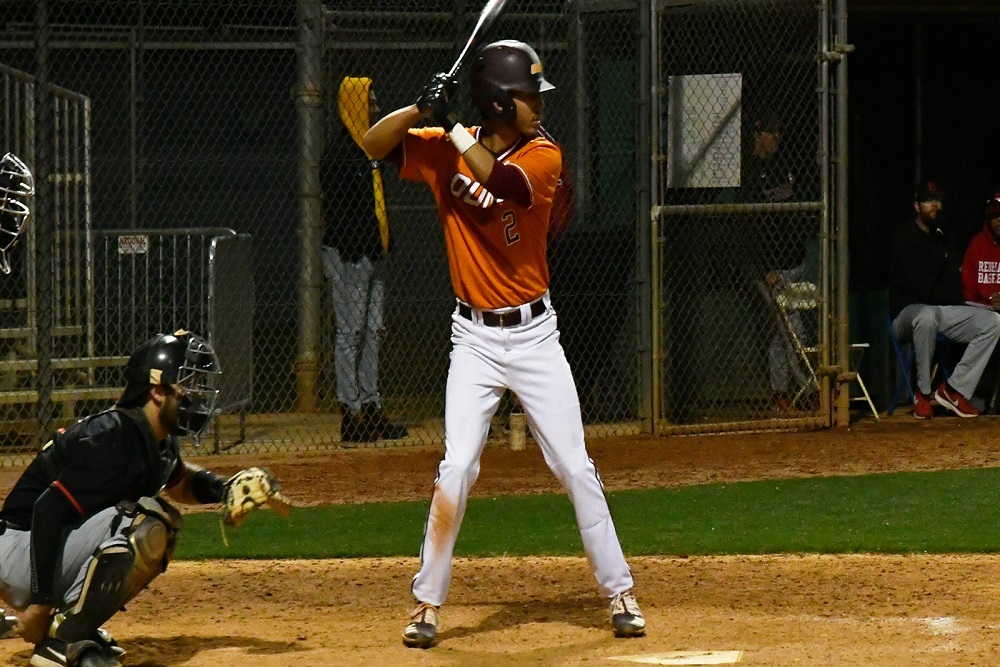 The OUAZ baseball team dropped both games of their doubleheader against Hope International on Saturday. OUAZ fell in the first game, 6-3, at Willow Canyon High School and then lost 5-3 in the second game at Royals Field 6 at the Surprise Recreation Complex.

With the two losses, the Spirit now sit at 2-9 overall on the season and 1-3 in Golden State Athletic Conference play. Hope International moved to 9-4 overall and 3-1 in the conference.

Dylan Chelini gave the Spirit a chance to get the day's first game by going 6.2 innings and allowing just two runs (one earned) on six hits. It wouldn't hold up as Hope scored four runs in their final two at bats to earn the victory.

Jared Crockett led the OUAZ offense with his second straight three-hit game. Adrian Salazar also had three hits with each recording an RBI.

Myles White (0-2) took the loss by allowing two runs in one-third of an inning.

OUAZ had just five hits in the game with Kobie Tinsley picking up the team's other RBI.

Taylor Campos (1-1) suffered the loss after giving up five runs on nine hits in 3.2 innings. Tommy Koloski went two-thirds of an inning and then Juan Navarrete finished the game allowing two hits in 2.2 innings.

The Spirit have a busy week ahead with six games, starting with a two-game series against Okanagan on Tuesday and Wednesday at 6 p.m. on Royals 6.